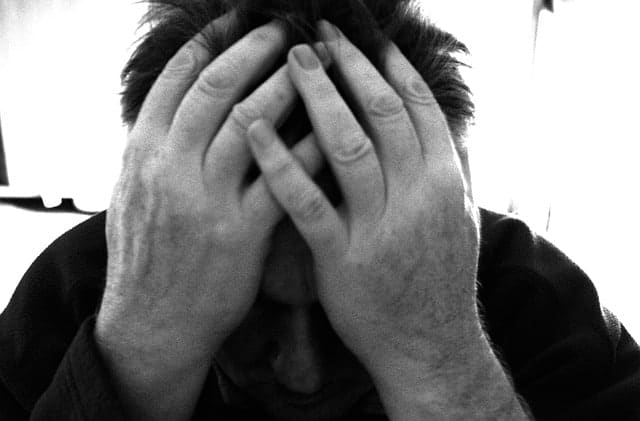 According to the World Health Organization (WHO), up to 15% of the world’s population suffers from recurrent migraines. Migraines are a complex headache disorder and are characterized by recurrent moderate to severe headaches. The onset of migraines typically occurs around puberty, and recurrent migraine episodes usually happen throughout one’s lifetime. Migraine headaches are generally unilateral, meaning that they occur on one side of the head. Sometimes, migraines occur with visual or sensory systems, which are referred to as an “aura,” and which often occur before the onset of the migraine headache, but sometimes occur during or after the migraine. Migraines can last to up to 72 hours after their onset and are often followed by fatigue. Migraines occur more often in women than in men, with 19% of women experiencing recurrent migraines, compared to 11% of men.

What are the warning signs of migraines?

Sometimes, specific warning signs can be felt up to two days before the migraine occurs. These include constipation, diarrhea, neck stiffness, irritability, depression and hyperactivity.

What are the signs and symptoms of migraines?

Typical signs of migraines include the following:

Also, many individuals suffering from migraines also report experiencing “migraine aura,” the characteristics of which include the following:

Why do migraines occur?

What can trigger a migraine?

External factors can often trigger migraine headaches. Factors such as stress, hunger and fatigue can all serve as migraine triggers. Specifically, psychological stress is commonly reported as a trigger for migraines. It seems that hormonal changes can also influence the onset of migraines, which often occur around the time of menstruation, menopause or pregnancy, or due to the use of oral contraceptives. Other factors associated with triggering of migraines include smoking, alcohol consumption, sleep problems, fasting or skipping meals, and use of certain medications.

Diet can also serve as a trigger for migraine headaches. Dietary intolerance to some compounds called biogenic amines has been reported to cause migraines. Specifically, the trace amine tyramine, derived from the amino acid tyrosine, has been associated with triggering migraine headaches. Tyramine is contained in higher quantities in smoked and fermented foods, as well as in foods containing soy and in most cheeses. Monosodium glutamate (MSG), which naturally occurs in some soy foods, but which can also be added artificially to enhance food flavour, has been associated with triggering some types of migraine headaches. Other dietary factors associated with increased risk of triggering migraines include consumption of caffeine, aspartame or other artificial sweeteners, and preserved meats containing nitrites.

Environmental factors, such as indoor air quality, lighting and strong odours have been associated with migraine attacks, although their role in causing migraines is not entirely understood.

How are migraines treated?

Some medications can be taken to stop the progression of migraine and refer to as “abortive” migraine medications. These include some selective serotonin receptor agonists (such as triptans), ergotamines, and analgesics. Medications can be prescribed to prevent the occurrence of migraines known as “preventive” migraine medications, which include antiepileptic drugs, beta-blockers, non-steroidal anti-inflammatory drugs (NSAIDs), and botulism toxin. Some medical practitioners may recommend magnesium supplementation to treat the severity and frequency of migraine headaches.

Medical practitioners may prescribe medication to treat chronic migraine headaches. It is important to note that some patients do not respond well to migraine medication due to side effects or prefer to avoid medication for other reasons. A number of alternative therapies exist to reduce or prevent the occurrence of migraines.

Effective migraine prevention strategies that do not involve taking the prescription medication include lifestyle changes and focus on the reduction of migraine triggers (improving quality of sleep, reducing stress levels, as well as avoiding cigarette smoke, alcohol and certain foods).

Several types of acupuncture have been proven to be an effective method for migraine prevention. Manual therapies, such as chiropractic manipulation, physiotherapy, and massage treatment, are as effective as certain medications used to treat migraines. Stress reduction techniques, such as relaxation techniques and yoga, can also be used to prevent migraines.

Other therapies used to reduce the severity and frequency of migraines include biofeedback and cognitive-behavioural therapy (CBT). Transcranial magnetic stimulation (TMS) and vagus nerve stimulation (nVS) have also been shown to be effective in reducing the frequency and severity of migraine headaches.

In some severe cases, surgery involving the decompression of some nerves around the head and neck can be used to treat migraines which do not respond to medications and non-pharmacological treatments.

Contact our Headache, Migraine & Concussion Centre today to learn how we can help you ditch the pain and get back to real life.